Unstoppable: Breakaway and The Copernicus Files: The Forbidden Stone

Greetings, fellow reader guys! We've survived the month of the Mushy Holiday; in fact, a lot of us survived something far worse--the SNOWPOCALYPSE of 2014!! Yes, my brave and hearty guys, the snow came and covered huge portions of the country this month.  Especially in Charlotte. Yes, the snow came in thick and heavy but did it stop the MANLY MEN in Charlotte? Never! You see a picture of us manfuly going out to get our bread and milk.  And did the snow stop the Iron Guy from getting to the library?  HA!! I just hitched up my trusty dogs and mushed on in. 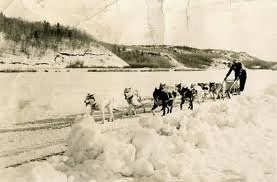 Well, I'm just being goofy, of course. The schools and libraries were closed for almost a week. It made for a minivacation and it was fun, sledding and making snow ice cream. And I got some reading done. Some it related to my 2014 resolution but these books caught my attention and I just had to tell you about them first.

Everything stops when a new 39 Clues book comes out. This third series is proving to be every bit as fun and exciting as the other two. Dan and Amy are still leading the charge to find the components to make the antidote for the Cahill serum. Why? Because J. Rutherford Pierce, owner of a giant media conglomerate, has discovered the serum and is on a fast track to world conquest. They, along with Jake and Atticus Rosenbloom, travel to Tunisia for the second ingredient, only to find it exists only in a place that--well, many people thought never existed! Meanwhile, Nellie Gomez infiltrates the Trillon laboratories to see what connection it has to Pierce's plans. What she discovers shocks and scares her--and it will do the same for you!
And Pony, their resident computer hacking genius, finally meets the ultimate computer hacker--who is working for Pierce! Along the way, the Cahills meet Pierce's serum-enhanced goons and are called criminals by major newspapers. Plus the responsibility of leading the Cahills drives Amy off the emotional deep end, causing her to take hugely dangerous mission to the Arctic alone. Guess who she meets there--that's right, more of Pierce's henchmen! Can she possibly survive? Can any of the Cahills? Could anyone? You've got to read this one to find out!

The Copernicus Files: The Forbidden Stone by Tony Abbot

Now I didn't know about this one and was intrigued. It's all about guardians of a 400-year-old secret that could change the world, an evil organization that will stop at nothing to find it and some kids who unexpectedly find themselves caught up in all this and must solve puzzling riddles to find pieces of the old secret.

Wait a minute--does this sound familiar?

All 39 Clues fans would immediately shout, "YES!" Some would even think it'd be a rip-off series but I knew better. How'd I know?  Because of the author, the wonderful Tony Abbot. He's written a lot of terrific books for guys of all ages, such as The Secrets of Droon, Kringle and The Postcard. So I figured this one would be good and I was right! Mr. Abbot spins a tale that really hooked me and I spent all day with it until I reached the very end!
Wade Kaplan's dad is an astronomer, giving Wade a love for the stars. His uncle Henry even gave him an old star chart, beautiful and mysterious. But then a cryptic email from Uncle Henry puzzles him and before he and his father can figure it out, they learn that Uncle Henry has been murdered! They go to Berlin for the funeral but learn there was more to Henry than they guessed. And then they find out that their home back in the US has been broken into! Pieces of puzzles start coming together and soon they are on the run from the shadowy organization that wants the pieces of the secret and routinely wipes out people who get in their way. Wade and his family and friends have to outwit and outrun the bad guys in creepy old tombs, dense jungles and tropical caves. But what could simple and ordinary kids and grownups do against ruthless worldwide killers?
As I said, this one hooked me and it'll hook you! It's got everything that we love about The 39 Clues--action, narrow escapes, truly bad villains, exotic locations and characters we come to know and cheer for. Don't waste any time, guys! Go and check it out NOW!! You'll be really glad--and then you'll be holding your breath for the next one.

And if you've read either or both of these books, write in and tell us!
Posted by Iron Guy Carl at 2:19 PM 1 comment:

February greetings to all the reader guys out there. The Iron Guy recently noticed that February has a lot of holidays for such a short month. There's Groundhog Day, Chinese New Year (which actually started on January 31 but is celebrated for two weeks), and President's Day.

Yes, that holiday--February 14. The one devoted to--to--pink hearts and romance and looooovvee. All the things that make MANLY MEN shudder. 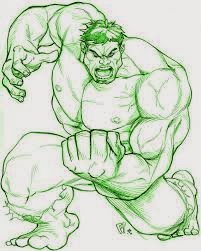 
Well, all this talk about romance brings to mind a post I wrote last year and one I wrote in 2011 and even one from 2009. These all talked about books and things GUYS love. What do guys LOVE?
Large Pizzas
Movies where lots of things blow up
Really close football/basketball games
Ice-cold drinks on hot days

And what books do guys LOVE?

Of course, we have Harry Potter, Percy Jackson, Alex Rider, etc. Based on what other guys have said over the years, here are:

Three of my favorites are:

The Alvin Ho books (Funny for younger and older reader guys as well as grownups):

And Treasure Island (for older reader guys but still the best pirate story ever):

There are lots and lots more but this is a good start. How about YOU? What books do you LOVE? Leave
a comment in the space under this post and I'll post them.
Posted by Iron Guy Carl at 10:00 AM 2 comments: