It Has Begun (a Blast From the Past)

What has begun? March Madness, Baayyybeee!!! Oh, I just love this time of year! This is one event that never, ever fails to thrill and surprise. Every year there are close, down-to-the last-few-seconds games. Every year the great players show why they're great and unknown players achieve greatness. Every year some low-seeded team upsets a big-name giant. And, because of that, my brackets go right out the---

Yep, I had Duke going to the final game (against Virginia) and NC State going a couple of rounds. Good thing my guys from Carolina won last night. It's pretty obvious I'm an ACC fan, right?

Anyway, in honor of March Madness, I'm going to do a Blast From the Past and repost something I've written before. This time it's a review of two good nonfiction books about playing the roundball game that I wrote back in June 2013.

"These are good, basic books about how to play the game. Fundamental Basketball covers everything from the history of the game to how to shoot jump shots to the size of the backboard! Basketball Step by Step
also covers the basics of scoring, equipment, players and court and the different team positions. But, more importantly, it shows how the techniques of offensive and defensive play by giving multiple photographs that demonstrate each move step by step.Both would be useful for the novice player or the veteran looking to sharpen his (or her) skills. Really recommended."

OK, guys, get these books, practice your free throws and cheer for your team!

Posted by Iron Guy Carl at 3:50 PM No comments:

Labels: basketball, blasts from the past, sports

We're Honored to Be a Best Blog 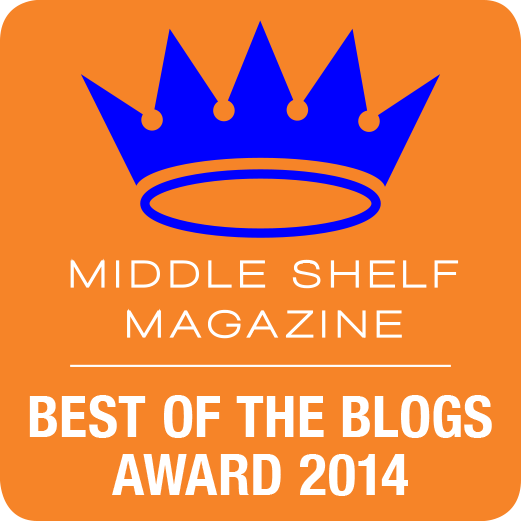 Look here, guys! We've been honored by Middle Shelf Magazine, an online magazine about middle grade books, with a Best of the Blogs Award for 2014!!!!

The Iron Guy is actually speechless. I'm very touched, so all I can says is "Thank you," to Middle Shelf Magazine. And to all you boys who've read this blog and written in those terrific reviews. And to all you grownups who've supported us over the years. And especially to Charlotte Mecklenburg Library for letting me tell you about terrific books these seven years and providing all those books to all you readers.

Thanks again and check out the Middle Shelf site here and look at pages 52-53--and be sure to check out the other blogs as well.
Posted by Iron Guy Carl at 3:57 PM 1 comment:

Proof Positive of the Creativity of GUYS!

Greetings, guys and fans of language and creativity everywhere. A lot of people say that boys don't like to read; this blog is dedicated to proving them wrong. A lot of people also say that boys have no love of language, no creativity and no ability to express themselves in words. Well, I don't believe that either. Give a boy a blank space and some letters and, in a very short time, he will come up with something truly unique.
And now I have proof--no, I have more than proof--of what I say. I have photographic evidence

We recently got one of those boards for the library that you can put magnetic letters on. Of course, most
of the time the little kids use those boards but last Saturday four middle-grade boys came to the library to hear the great Thomas Tillman do an African drumming program. 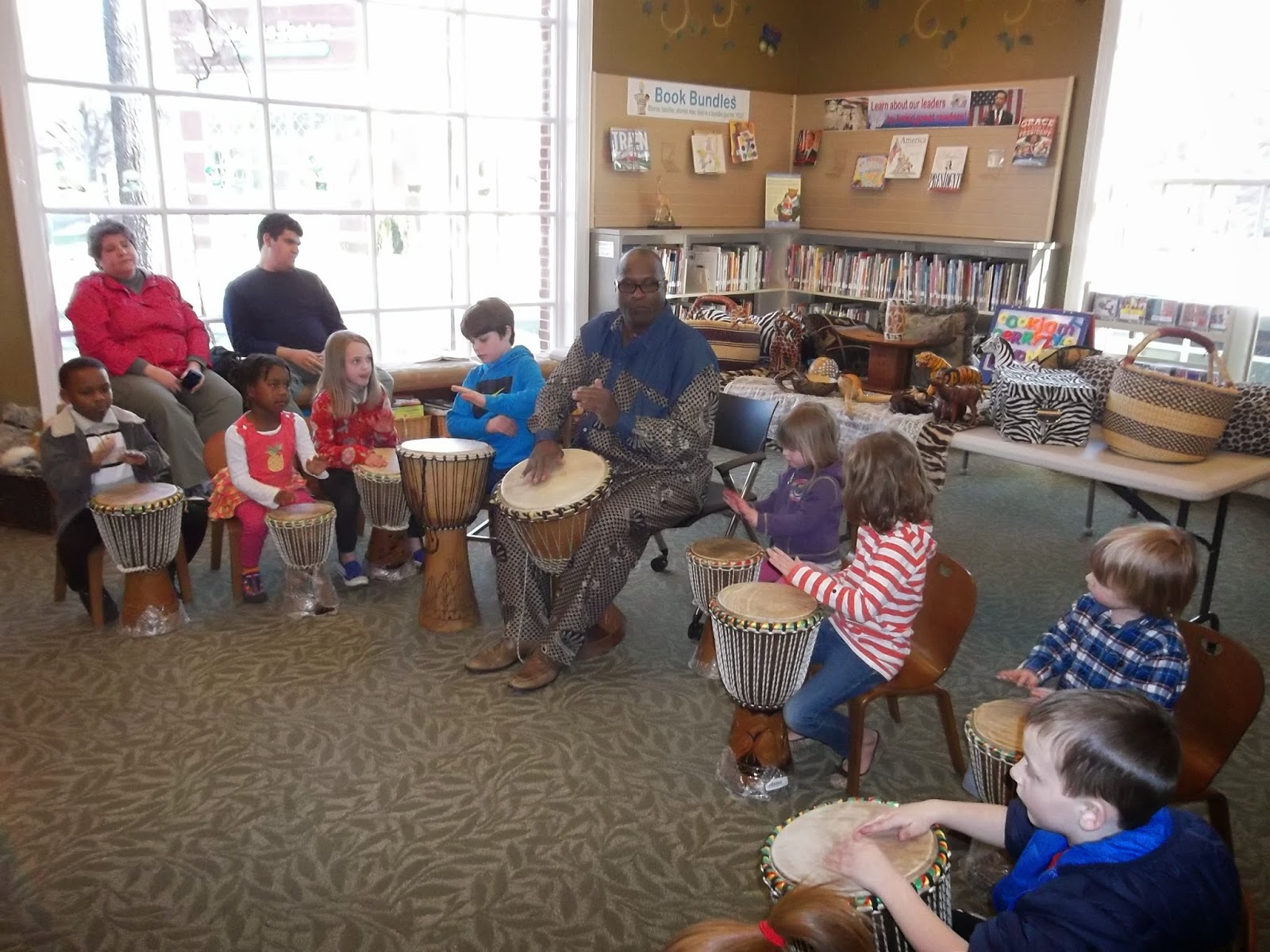 BTW, if he ever comes to a library near you, go see him! He's terrific! Anyway, after the program, someone told me that one of the four boys (who is not in the picture) had written something with the letters on the magnetic board and I should see it. I couldn't wait--I knew that this fellow had used all his creativity to write something original, something amazing, something so distinct that only a guy would think of it. And here it is: 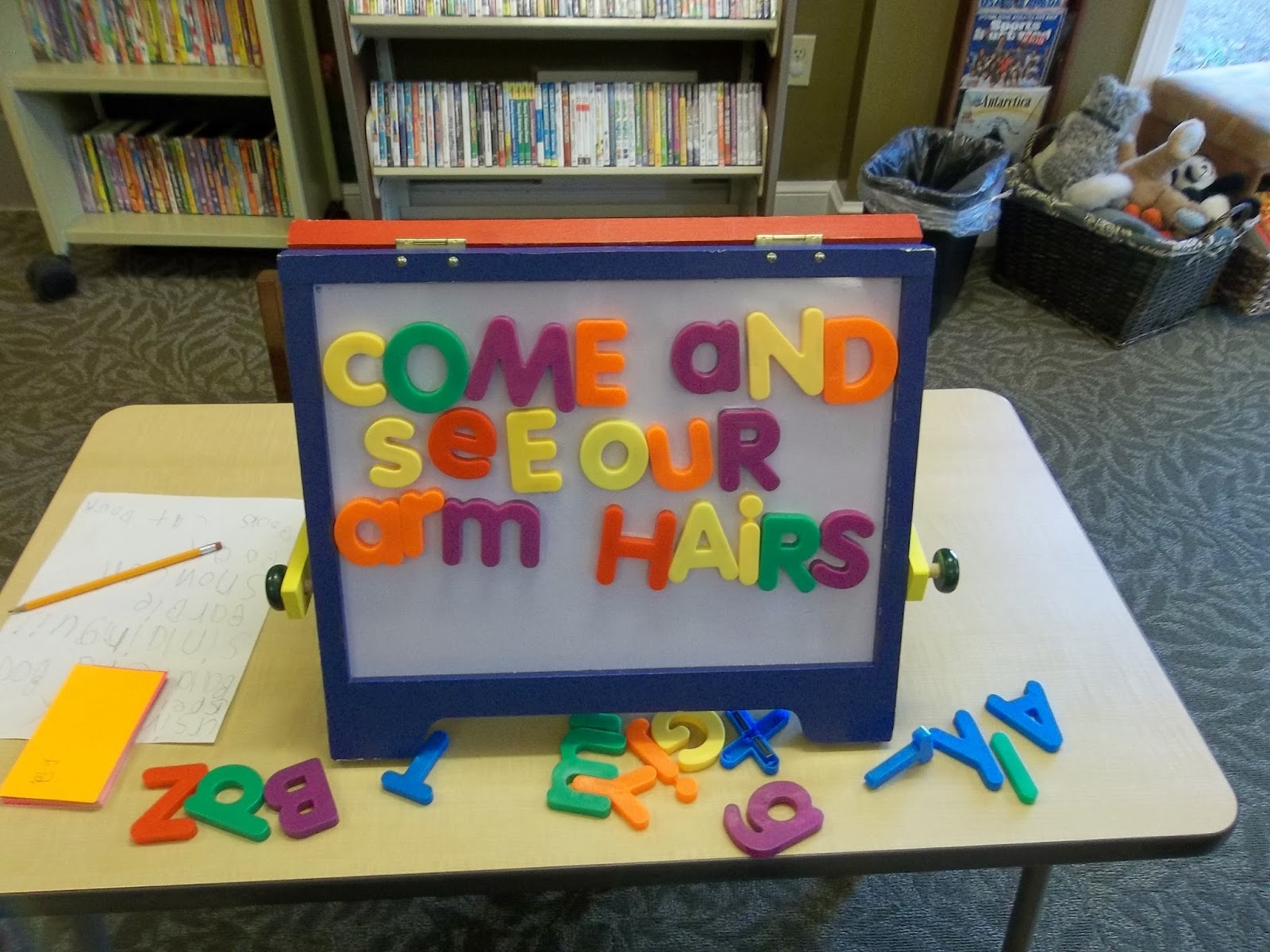 See there? Something only a GUY would say!

And they say boys don't know how to use the English language! 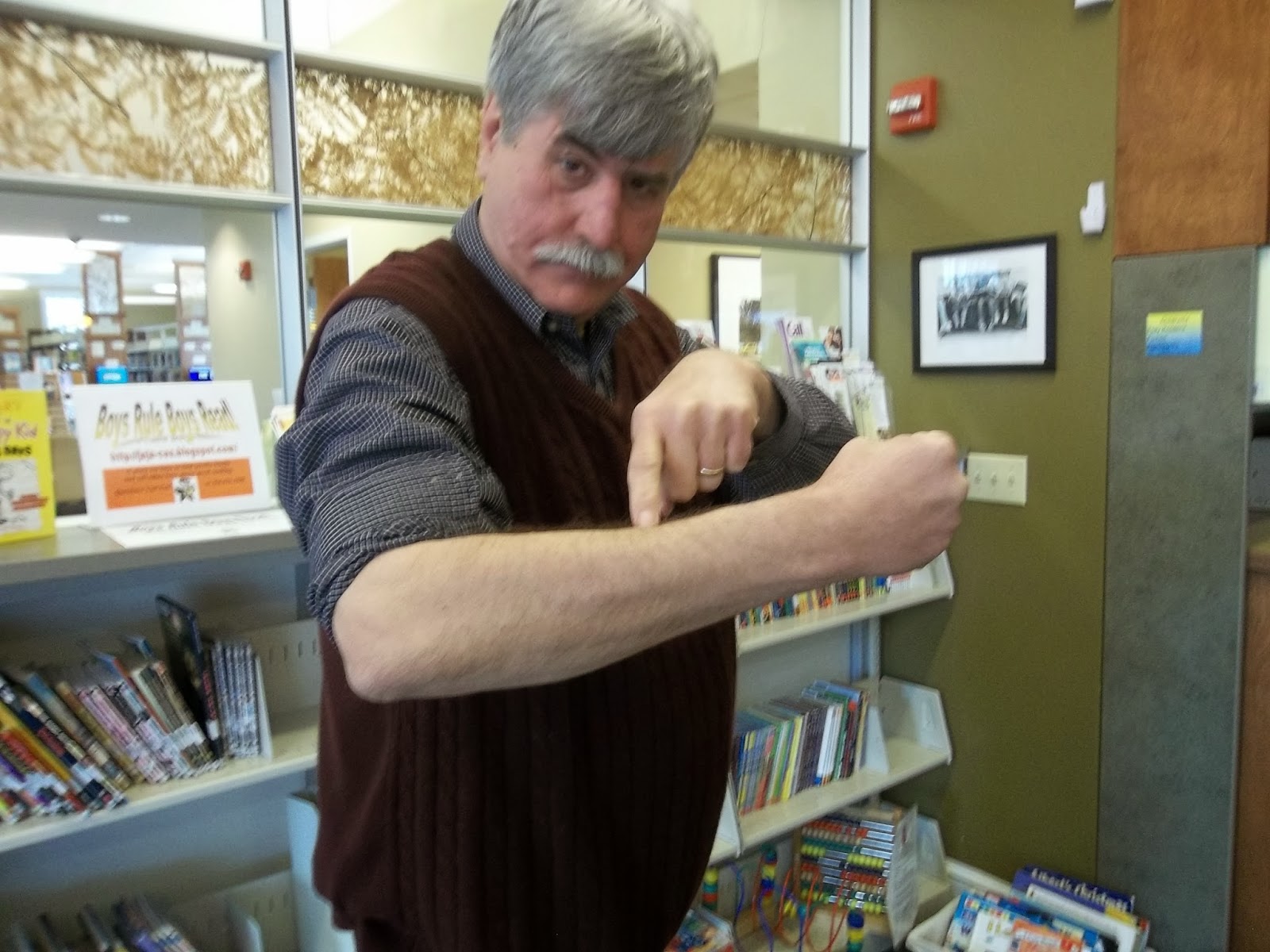 And I'm following their advice. (camera may not be close enough to see my arm hairs)