Recommendations From Other Library Guys (and One Honorary Guy) 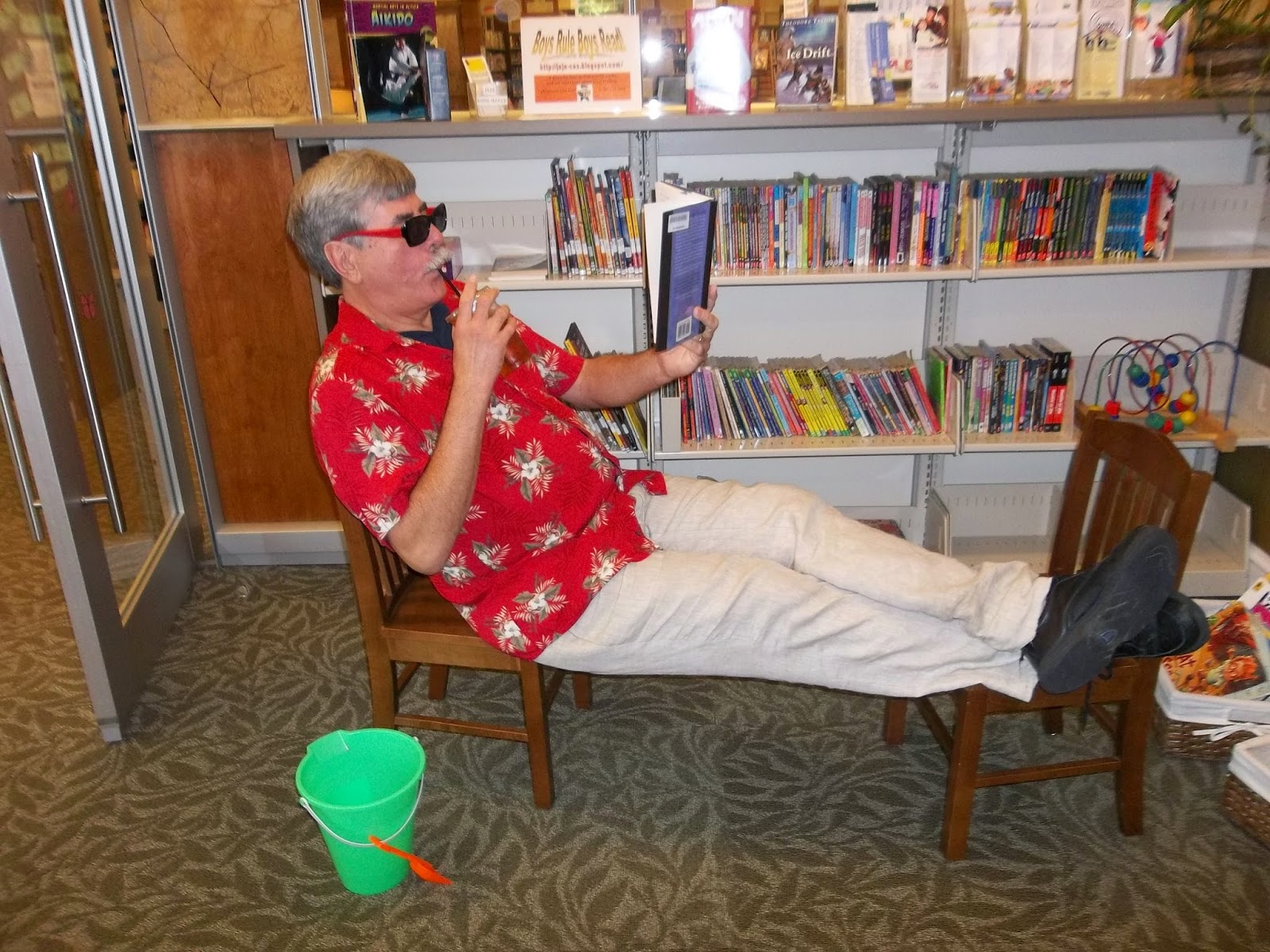 Hey, everyone, this is the Iron Guy, doing what he does best in the summer--taking it easy and reading lots of  good stuff. Of course, much as I hate to think about it, August is more than halfway over and that means summer will be over before too long. (of course, in Charlotte, summer's not really over until after Labor Day)
That's why the Iron Guy uses all his iron determination and willpower to squeeze every last bit of enjoyment out of the last of summer. That includes reading lots of cool  books. I'm in the middle of some really great reads and hope to tell you about them soon but in the meantime, I thought I'd ask some of the other guys in the library system to tell us about the books they've liked. We got some great responses, so let's get right to them.

The first one is from a really good guy, Malcolm Plummer at the Hickory Grove library. He says:

The Encyclopedia Brown Series has always been a favorite of mine. When I was younger, I used to like watching detective shows on television. So when I picked up one of Donald Sobol's books it was just like watching a Columbo episode on tv. Solving mysteries is fun for the inquisitive mind. And guys with curious minds will like this series
Sincerly
Malcolm

Thanks, Malcolm! The Encyclopedia Brown books have been around for a long time but they are still challenging guys to use their brains 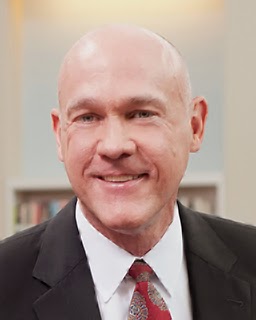 The next is from another really great guy, David Singleton, the Director of Libraries for the Charlotte Meckelenburg libraries. That's a fancy way of saying that he's in charge of the whole library system's day-to-day operations. Quite a big job! Here's what he likes:

While the Clock Ticked by Franklin W. Dixon.   I was a big fan of the Hardy Boys series, and this one, about a secret locked room in a spooky mansion, kept me on the edge of my seat.

·     Henry Huggins by Beverly Cleary.   Henry is an ordinary boy who finds himself in hilarious situations, often accompanied by his dog Ribsy.   I found myself laughing every time I read this book.
·      Hatchet by Gary Paulsen.    After a crash in a small plane, a 13-year-old boy is left to survive alone in the Canadian wilderness with little except a hatchet, a recent birthday gift from his mother. An exciting book about survival and becoming a man.
·      Wonder by R.J. Palacio.   10-year-old August Pullman is average in almost every way, except for a severe facial deformity.    As he enters public school for the first time, he learns about cruelty as well as the true meaning of friendship.   If you’ve ever felt different from other people, you will love this book.

T    Thanks, Mr. Singleton! These are indeed great reads. Boys have been thrilling to the Hardy Boys and Hatchet for many years and Beverly Cleary's books are still funny.

Our next set of good reads comes from a truly exceptional guy, Lee Keesler, the Chief Executive Officer of the Charlotte Library system! Here's what he has to tell us"

Our Mom used to take us to your library in the summer to get books.  Once I had learned to read, I read primarily biographies of historical and sports figures.  I remember reading a biography of George Washington; of Benjamin Franklin; of Thomas Jefferson; and of Willie Mays; Jackie Robinson; Mickey Mantle.
T    Thanks, Mr. Keesler! We really appreciate your taking time form your very schedule to share with us. (btw, when he talks about "your library," he means the Myers Park library, where the Iron Guy works!) The library system has lots of good biographies of these people and one of the most popular series for boys is the "Who Was... set of biographies. (in fact, I saw a couple of boys in here yesterday, going excitedly through the Who Was... books) All of the books I've read from this series have been interesting, full of good information and quick to read. (they're what I call Good Quick Reads) Here are a few:

Who Was George Washington?

Who Was Ben Franklin?

Who Was Thomas Jefferson?

Who Was Jackie Robinson?

Unfortunately, Willie Mays and Mickey Mantle aren't in this series but the library system does have biographies of them. And there is a chapter book about Mickey Mantle that I really enjoyed--it's Lucky: Maris, Mantle and My Best Summer Ever by Wes Tooke. As I said, I really enjoyed it and you can see my review here--and an interview with the author here. 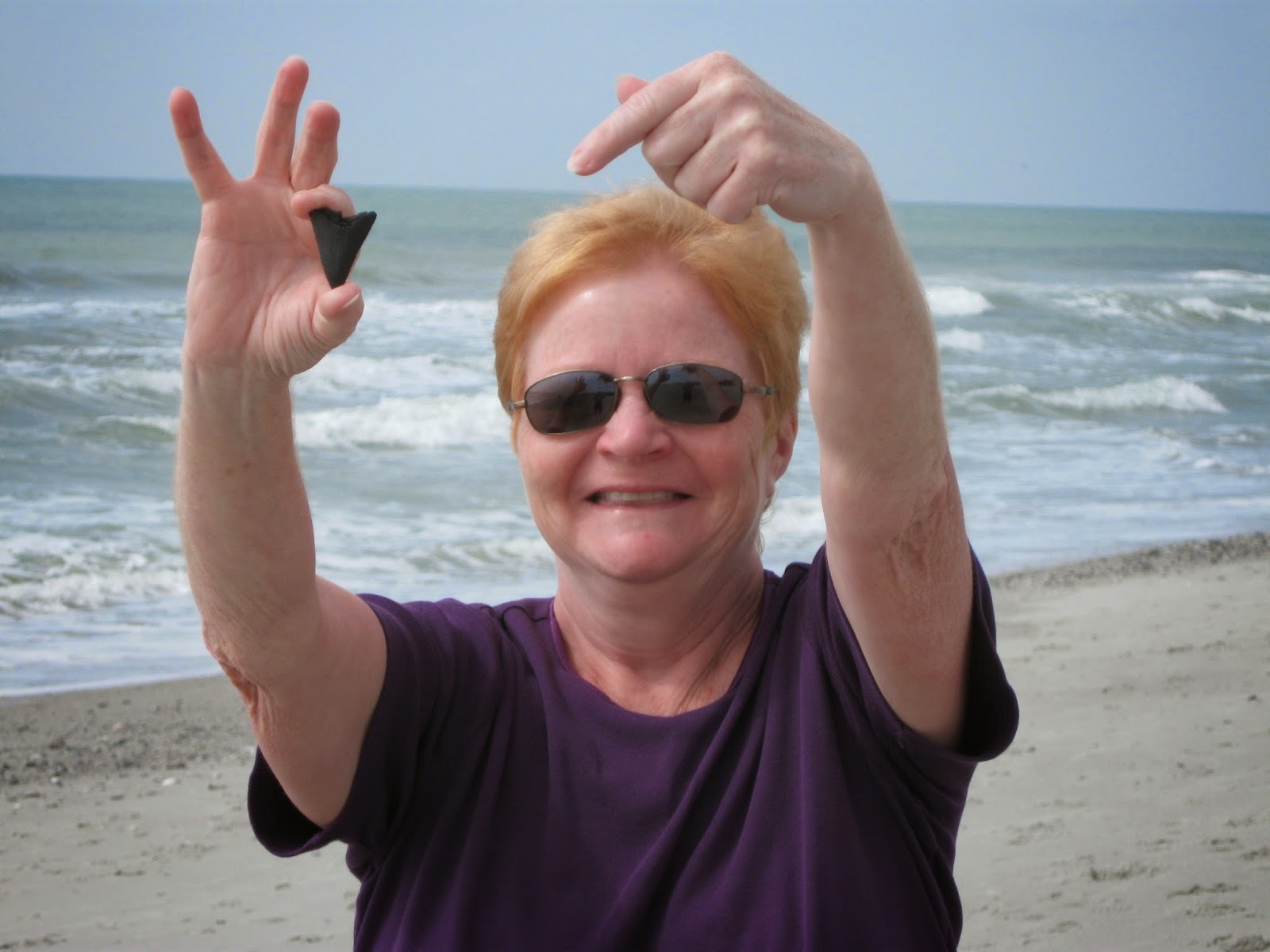 And, finally, we have a recommendation from Sandy Nicholls of the South County library. She's been with the system a long time and is really cool. You see her picture here--she is holding up a shark's tooth that she doubtlessly pulled straight out of a shark's mouth. Quite a gal! She recommends two books for all the reader guys out there. One is Mountain Dog by Margarita Engle and the other is Squish, Super Amoeba by Jennifer Holm. She reviewed them on the library's great BookHive site, which is a terrific place to find great reads, and here's what she said about Mountain Dog:

And here's the one for Squish, Super Amoeba:

Follow Squish the Amoeba on his many adventures in middle school with his family and also with his microorganism friends, Pod and Peggy. Discover how different the life of an amoeba truly is! This story has science facts throughout which makes it fun to learn about global warming and various types of molds. This is a great first time graphic novel for the reader looking for something different. The simple black and white illustrations with a hint of green will delight the eyes.

Thanks, Sandy! As you see, we don't mind when girls write in to our boys read blog. In fact, we're happy about it and we encourage it! Indeed, we are so happy when they do that we give them the greatest honor we could possibly give and make them Honorary Guys. 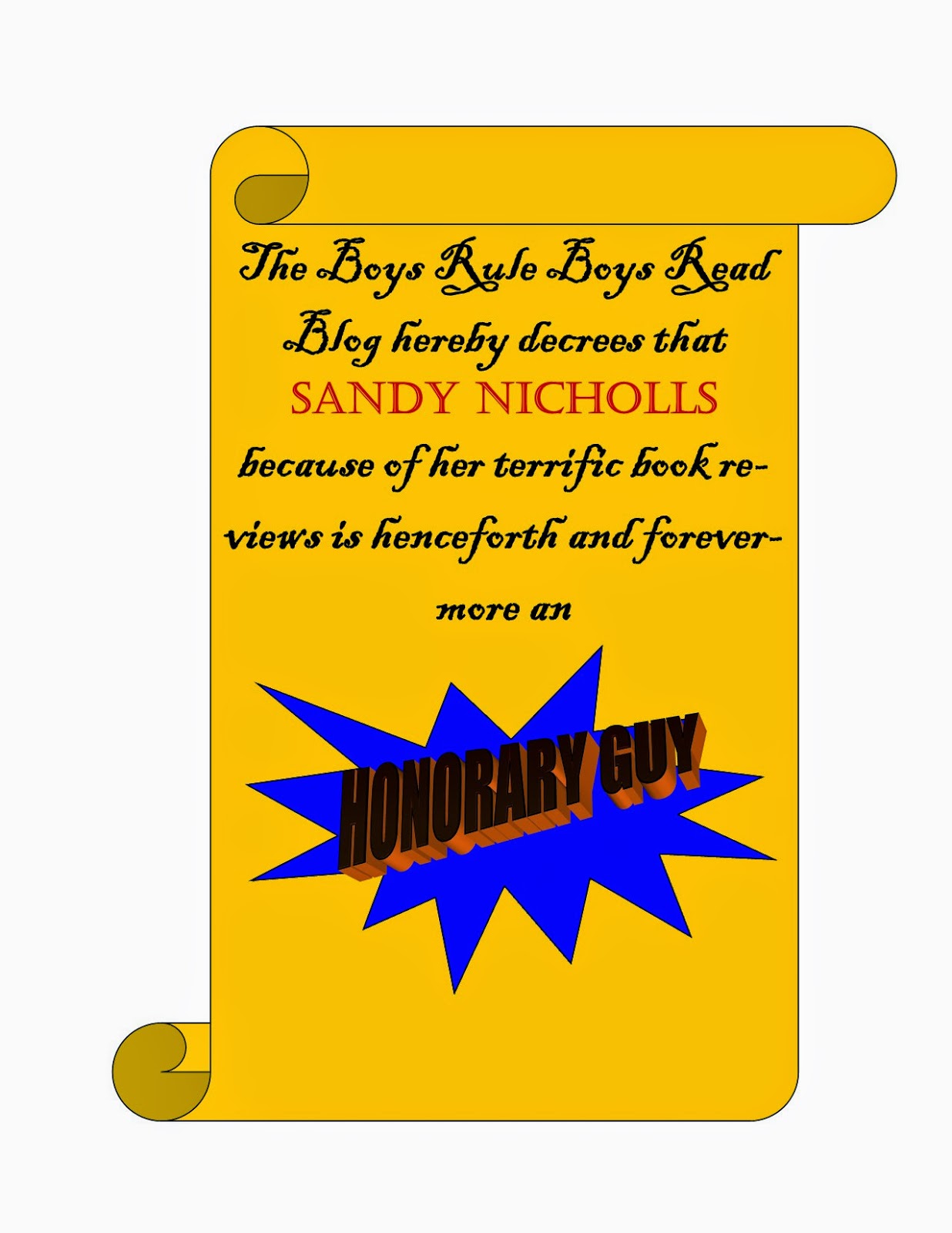 Yes, Sandy, you are now an Honorary Guy. That means you can crack all the dumb jokes you want, make obnoxious noises at sporting events and eat insane amounts of food with no nutritional value. No, no--you don't have to thank us! We do this because we're guys and that means we're by nature generous and sharing. So we don't need thanks--knowing we've shared our great honor with you is thanks enough! Seriously, though, I hope you check out these books and also go and see Sandy and Malcolm at their libraries. And tell them Iron Guy Carl sent you! And write in and tell us if you've read these books! I'll publish YOUR reviews on this blog! All the instructions are on the left-hand side of the page. Hope to hear from you soon!