Hey there, guys and sports fans everywhere, this is Iron Guy Carl with a bunch of good books that are fun, interesting (even informative) and don't take very long to finish. I call books like that Good Quick Reads.
Ever since our good friend Ms. Yingling challenged book bloggers to talk more about sports books, the Iron Guy decided to take her up on that challenge. In fact, he even made it a New Year's resolution. So here are my first offerings for 2017:

Free Throw by Jake Maddox--Last year Jason was the tallest kid on the Hampton Hornets and was the star player. But this year, Derek grew five inches and is now the tallest. Coach gives him the center position but now, when Derek has open shots, Jason won't pass the ball to him. And now Derek can't hit his free throws and Jason keeps reminding him about it. Could the team win with all this going on?

Who Is Wayne Gretzky? by Gail Herman, illustrated by Ted Hammond

All guys seem to love the Who Was... or Who Is... series of biographies. And there's a good reason! They are always interesting, always quick to read and always have stories that really draw you in. And they often talk about amazing people. Like Wayne Gretzky. He was a truly incredible athlete, setting unbelievable records. Find out how young he was when he first started skating, why he was called "The Great One," and why he gave the Stanley Cup trophy to another player in 1987.

Who Is Muhammed Ali? by James Buckley, Jr. and illustrated by Stephen Marchesi

Everyone knows about the man who could "Float like a butterfly, sting like a bee." He lived an epic life, achieving victories no one thought possible, losing it all when he refused to sign up for the Vietnam War and making comeback after comeback. It's a great story and, even if you think you know a lot about him, like the Iron Guy who lived through that whole era, you'll still find out things you never knew! (PS--this book came out in 2014 and Ali has died since then. The book cover you see has been updated in the library's system) This is an extremely short biography (I read it in about 15 minutes) but, wow, what an impact it had on me! Mickey Mantle set records that have not been broken to this day! But he didn't start out with many advantages--in fact, his home was a "tiny shack with ten people, three beds and no indoor plumbing." Yet he was asked to join the New York Yankees, the greatest team of that time, when he was 16! He was too young, of course, but joined when he was old enough--then an accident happened that affected him for life. What was it? Oh, man, you've got to read this story to find out!

Boys, if you want to read some terrific stories, here they are. Grownups, if you're looking for books for boys who say they don't like to read, hand them one of these. I guarantee you, you will not be disappointed!
Posted by Iron Guy Carl at 3:56 PM 5 comments:

Once Again--What Do Boys LOVE?


Here it is again, guys. It's February. Time for that cringeworthy holiday. You know which one I mean. The one dedicated to all the things that make Manly Men cringe. Stuff like kissing and romance and looovveee. Yeesh! It's enough to make us run and hide until February 15. But have no fear, boys--the Iron Guy is here to turn your minds from all the (shudder!) romantic scenes all around us.

Every few years I write a post about this time that talks about love, as I did in 2014. But not all the mushy looovveee scenes that's surround us now--I write about things that GUYS would LOVE. What do you think they might be?


Space movies with lots of things that blow up 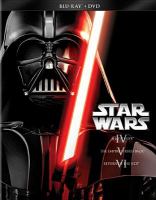 Pretty much anything with superheroes or pirates 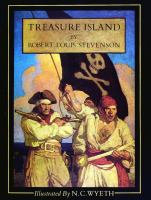 And, based on what you have told me in the past, boys love these book series:

How about it, guys? Can you think of any others?? Or how about a book you love that not part of a series? Write in and tell us! I have some door hangers for any one who does. 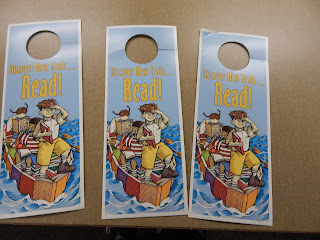 So tell us about a book or books you LOVE and I'll make sure you get one of these. But don't waste your time--tell us soon because that holiday is right around the corner!
Posted by Iron Guy Carl at 10:40 AM No comments:

The First Terrific Books of 2017

Hey guys, in the last post, I said I was about to finish a really good book and couldn't wait to tell you about it. Well, I finished it yesterday and it's soooo great that I'm really excited about it. Actually, it's the second book in a series, so that means you get to hear about two books in one post. Yes, I know that's generous but that's just how the Iron Guy is!

You know the stories of Snow White, Rapunzel, Sleeping Beauty and Cinderella? Who were the princes in those stories, hmmm? It was Prince Charming, right? WRONG!! There were actually FOUR princes and not one of them was named Charming--the bards who sang those stories just thought that was more convenient. So what do you really know about them? And about the princesses? Oh, you'd be SURPRISED! One prince would faint at the sight of a wrinkle on his clothes. Another was as big as three football players and charged into situations before thinking about them. And the princesses--what were they like? Well, it would take too long to explain but one prince had a good reason to run when he woke up Sleeping Beauty!

Are you interested now? Well, let me tell you quickly what happens. In the first one, a witch has captured all the bards in the kingdoms and plans to execute them all, so the princes (and the princesses) have to rescue them. In the second, they all have to find and extricate a jeweled sword with a malevolent gem from the Bandit King's castle. Of course, in both these books, NOTHING goes as planned. There are big (and hilarious!) surprises at every turn. And in every kingdom. And in every forest and country road. Along the way, you'll meet a giant with impeccably good manners, find out what trolls really like to eat, and cross a moat full of bladejaw eels.

Guys, do you want action? It's here! Do you want comedy? It's here too. Do you want action and comedy at the same time?? Oh, man, you'll get as much as you would ever want! I can't begin to tell you how much fun you will have reading these books!! So why wait? Go check them out NOW!

There are also audiobook versions. Those would be incredible! And there's one more book in the series--The Hero's Guide to Being an Outlaw. I'd love to read that one too but need to move on to some other things--like sports books. I'll get back to it one day but if any of you boys get to it before I do, write in and tell us about it. (but no spoilers!)