Sammer and Michael Tell Us About More Terrific Books! 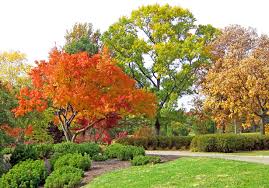 The Iron Guy thinks it's a great time to grab a chair, a good book and find a place to read either inside (to stay out of the cold) or outside (to enjoy the glorious fall weather). A couple of our old friends think so too. Both Michael and Sammer sent good reviews of some cool-sounding books. We haven't heard from Sammer for a long time, so let's hear him first:

This is my book review on Atlantis Rising. Atlantis Rising was a great book. There are two main characters in this book. Their names are Promi and Atlanta. It starts with Promi, a thief who has great skills with a knife. The leader of the town is a man named Grukarr who has bad intentions. Promi, not knowing anything about Grukarr’s evil plan, wanted to humiliate him in front of a big crowd. He plans on throwing his knife to cut off his belt buckle. He succeeds and becomes Grukarr’s enemy. Atlanta is a girl from the forest outside the city Elligandia where Promi lives. Atlanta is teaching a group of people how to talk to the trees when Grukarr comes through and tells her group to get out of the way so he can pass through. Now Atlanta can do some magic. As the group she was teaching runs away she stays and makes one of the tree branches move and smack Grukarr’s forehead. She then also becomes the enemy of Grukarr. Neither Prani or Atlanta know it yet but Grukarr’s plan involves both of them.This is an action-packed, dramatic adventure with spirits, immortals, faeries, Water gods, and even highly poisonous snails. If you are a fantasy lover like myself, this is a book for you.
From,
Sammer

Thanks, Sammer! I enjoy a good fantasy book, especially when a tree branch whacks the bad guy in the head! Now let's hear from Michael:


Attack of the BULLIES


by Michael Buckley
It's the series finale of  N. E. R. D. S.! Ms. Holiday is now Ms. Information, a new deranged supervillain who has the abilities to copy everything the NERDS have done. She gets together a team of kids in juvenile detention, and puts the US president's daughter in charge of them! She gives them upgrades, and calls them the Brotherhood of Underestimated Liars, Lowlife, and Endangerment to Society: BULLIES. Meanwhile, Heathcliff struggles to regain the team's trust, because he can't remember what happened with the villain virus. Just as the NERDS start gaining on the BULLIES, Ms. Information pulls out a new surprise on them: a time machine! Find out Ms. Holiday's backstory, plus, will Agent Brand return? It's an intriguing, action-packed adventure through time and emotions that will leave you wondering what happens next on every page! ...well, except the last one, of course. As an interesting sidenote, the book shows Ruby Peet's family, what happens if someone receives a double upgrade, and it has not only lots of old game and TV show references, but it has a cameo of Buckley himself! Definitely not a book to miss!

Thanks to you too, Michael! The N.E.R. D.S. books are really popular with guys and with good reason. I was a little worried because you said N.E.R.D.S. 4 wasn't that good, so I'm glad to see that series get back in shape.
Check these out, guys, and remember, they weren't recommended by some boring old grownup but by a reader guy like YOU! That means these books are:

Or as the boys at last year's Read to Achieve club at Eastover School said:

Guy Tested--GUY APPROVED!
Posted by Iron Guy Carl at 9:36 AM