Our First Boy Steps Up to the Plate!

And he knocks it wayyy out of the park! And he does with only two submissions.

So just who is this remarkable guy? He calls himself The Beastly Beaman. What a great name! Let see what books he has read and liked:

The Mortality Doctrine Series (The Rule of Thoughts, The Eye of Minds, The Game of Lives) The Rule of Thoughts is about a young boy named Michel. The book is based in the future where virtual reality is so advanced that you can go to a dimension called the Sleep, which is basically life, but when you die you are sent back to the “Wake”; aka actual life. Anyway, Michel is sent down The Path, created by a rouge tangent (artificial intelligence), Kaine to test him. At the end, he learns that HE is actually a tangent and Kaine’s program The Mortality Doctrine puts him into the body of a human. Book 2, The Eye of Minds Is Michel’s journey in a human body. He learns that the Jackson Porter (the humans mind he replaced) has a girlfriend named Gabby. He finds his friends Bryson And Sarah and they undertake an adventure to the VNS (VirtNetSecurity) where Agent Weber give them a device called The Lance. It is a complex program that can be used to take down Kaine, But it actually wrecks havoc on...(He ran out of space--IGC)

I would like to send in the Inheritance Cycle Its four books long, and a lot happens in each book, so its to hard to give a summery of each book. I will do my best though to give a summery of the whole series, and not give away a lot like I did in the Mortality Doctrine review. Hope I get four points! Eragon, Eldest, Brisinger, Inheritance Eragon, a young farm boy is gifted when he finds a beautiful stone in a mountain range. He learns it is actually a dragon egg, and the dragon Saphira hatches for him. They undertake an adventure to kill the Ra-Zac, a race of insect like beings who killed his adopted father, Garrow. How ever he is captured and taken prisoner by a shade, a power being controlled by spirits. He finds and elf and together they go to the Varden, and organization sworn to take down the evil king Galbatorix. The Varden gathers power along with Eragon and together they launch and an epic campaign to take him down. You’ll have to read to find out the outcome.


Thanks, Beastly! Or should we call you Beaman? Or just BB? (If you had told us about 8 books instead of 7, we could have called you BB-8!! Ah, hahahahaha!!) I've never heard of The Mortality Doctrine books before and they sound interesting. A lot of boys have loved the Eragon books--and it's good to see that they still do! I've always meant to read those and maybe I should put them on my TBR list for 2018. Anyway, since you have told us about seven books, you get a total of seven points. That puts you out front with a big lead. Good work!


But don't let that discourage all you other reader guys. We are still in the early innings of this game and the story of baseball, especially the World Series, is full of teams that came from behind to win. Why, last year's World Series of Reading Contest was decided by a boy who sent in a last-minute review that scored enough points to let him come from behind and win. Don't forget that last Monday's post included a list of books that are worth two, three, four and even five points.

So, come on, guys, wind up and pitch a few more over the plate! All the world wants to know what guys are reading--and what better place to let them know than the World Series of Reading Contest! 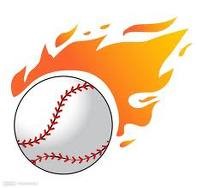 (PS--don't forget to give the authors' names when you send in reviews. And let me know if you run out of room when you write them)
Posted by Iron Guy Carl at 10:14 AM

These books sound great! Thanks for the recommendations!