Wow! Another Boys Steps Up to the Plate!!

Today's high-scoring inning comes from a boy who is new to our blog. He calls himself Mr. Fox and he has sent us a bunch of reviews. But not only does he tell us about some cool books but he lets us know about some great audiobooks as well. Let's not waste any time but see what he has read (and listened to) lately:
(PS--I usually try to put a picture of each book cover with each book but there are too many today!)

Audiobook Review: Big Nate Lives It Up by Lincoln Peirce. The story is about Big Nate. He likes to draw comics. He has to show a new kid, Breckenridge, around the school. Nate does not like it because Breckenridge is around him all the time and Breckenridge is very different from Nate. By the end of the story, they become friends. I liked the story because both Nate and I love to draw and because it was funny!

Audiobook: Home of the Brave by Katherine Applegate. The story is about a boy named Kek. He is from Africa. He moved to America because of fighting in his country. He feels different in America but he feels better when he goes to see the cow he takes care of. I like the story because the story was interesting and funny because Kek walked the cow to the zoo on a busy street and stopped traffic.

Audiobook: Long Walk to Water by Linda Sue Park. The story was about a boy named Salva who never gave up on finding land where it was safe to live. Salva was from Africa. When he was a boy, he led a group of boys to a refuge camp. He stayed there for many years and then came to America. One day when he was checking his computer, he found out that his father was still alive and went to visit him in the hospital. His dad was sick because he drank water that wasn't safe. The story was also about a girl named Nya who walks a long way for water every day. Salva wanted to make a way for people to have safe drinking water. I liked the book because it was exciting: Salva was very brave to swim across a river with crocodiles while being shot at.

Book: Lunch Lady and the Video Game Villain by Jarrett Krosoczka. The story is about a lunch lady who fights crime. Lunch lady stopped the technology teacher from stealing the technology. I like Lunch Lady because it is a funny story and I like that it is a graphic novel. My favorite part was when lunch lady got sucked into the video game and had to fight the huge monster! 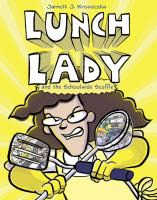 Book Review: Lunch Lady and the Schoolwide Scuffle by Jarrett Krosoczka. The story is about a
lunch lady who fights crime. In this story she fights all the villains she fought before because she is trying to destroy the laser that Dr. Eliza Van Grindheimer built to destroy the moon. I liked the story because it was funny and because it was a graphic novel. I liked when Lunch Lady threw the egg at the principal and the vice principal was just standing there!

Book Review: Fantastic Mr. Fox by Roald Dahl. The story is about a fox named Mr. Fox. He steals food from the 3 farmers named Boggis, Bunce, and Bean. They try to catch him and kill him but Mr. Fox smells them out before they can shoot him. I like the story because it was interesting. Mr. Fox was able to dig right into the middle of the chicken coop, the cider house, and the storeroom of Boggis, Bunce, and Bean.

Thanks, Mr. Fox! Whew!  That's a LOT of reviews! I feel like those baseball players after all those hits and home runs! But we really appreciate appreciate them. There's a lot of interesting stuff here. We're particularly glad that you sent in audiobook reviews because boys think they're great and I would love to have more boys listen to them. They're really good for long cars trip or even if you're just going to school every day. 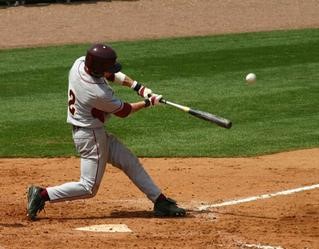 That's the most points any boy has ever scored. It's going to be tough to beat that but, as I said the other day, don't let that discourage you. The Astros were down 5--0 in the fourth inning the other day and hardly anybody overcomes a score like that. So come on boys, climb out of those dugouts, knock the dirt off those shoes and send in a bunch of reviews. You have until midnight on Wednesday, November 1. Yes, that's tomorrow, but don't forget that Sunday's game got tied up in the ninth inning. You still have time to score points in the World Series of Reading Contest!
Posted by Iron Guy Carl at 4:07 PM

I loved Long Walk to Water. A really lovely story and so well told.

Fantastic Job, Mr. Fox! Just goes to show that you don't need a
Louisville Slugger to hit it out of the park!

Roald Dahl is a favorite author of mine too! A bit bizarre but very funny.

Fantastic Job, Mr. Fox! Just goes to show that you don't need a Louisville Slugger to hit one out of the park

Roald Dahl is a favorite author of mine as well. A bit bizarre but very funny.