And Now Ladies and Gentleman, The Final Four (3rd Round)!!! 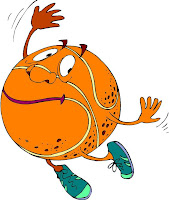 Hi all,
Well, the The Boys Rule Boys Read Book Series Tournament has been interesting, to say the least. Some unexpected upsets and crazy twists, but, hey, that's how these tournament things go (look how far Davidson went in the NCAA Tournament--they almost even took out mighty Kansas). Well, now it's time to vote to see who plays in the championship. You, the posters in Blogland and paper voters via ImaginOn, determine who. Oh, there are also the really cool prizes to be won. Let the games begin: 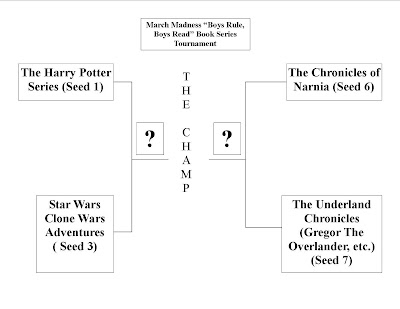 
The Chronicles of Narnia (seed 6) Vs. The Undeland Chronicles (seed 7) 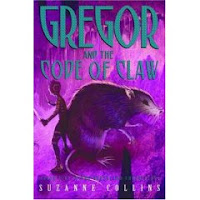 The Chronicles of Narnia

So let the voting begin to see who will play for The Championship!!!!!!

Here are the rules once again:

1) The books that are going against each other will move to the next round if they receive the most votes from you guys.

2) Everyone who wants to (adults and girls also) can vote by responding to this blog and voting for the books in each match-up they would like to see go on in the tournament.

3) Multiple voting by the same individual for a particular book is not allowed. One vote for each match-up.

4) Voting will start with the posting of this blog entry. Voting from bloggers will be allowed for that day and for 8 following days (fourth round votes due by 9:00 p.m. Monday, April 7) . Also if you can get by ImaginOn, we will have paper handouts that you can use to vote.

5) You will notice that the books are seeded. What this means is the books with the higher seeds (1 being highest, 8 being lowest) are expected to go further in the tournament. Those with lower number are expected to make early exits. However, who goes on and who goes home will be determined by your votes.

6) Finally, prizes will be awarded to the one who votes for the most books that go the furthest. In the case of a tie, the number difference between upsets will be used to determine the ultimate winner (say someone picks a seed 8 to beat a seed 1, that would give them 7 points for a tie-breaker, etc.). Also the three pointer can be used to give voters more points (3 points).

7) Let me stress the 3 pointer once again!!!! One review gives the writer the equivalent of 3 right votes. Lets say you have 8 points now on the Leader Board ; one review would up you score to 11 points (the number of points the leaders have now). This is a powerful tool in the tournament!

8) Also remember the prizes for the 3 highest on the Leader Board!!!! First place will be an autographed T-shirt from the UNCC Men's Basketball Team. Second place will be an autographed poster. 3rd prize will be a book of your choosing (softcover) from all the contenders in the tournament. If you live near in the Charlotte area, you could come to Imaginon to claim your prize, If you live out of town or can't get to Imaginon, we will send your prize to you.

9) That's it all. So get in there and vote for your favorite books and more importantly have fun!!!!!!

Well that's all I have time for right now (I think I just saw the Lagamorph in the library. Gotta get my trusty two-sided lightsaber in case he is looking for trouble.

Here are two picks!
Harry Potter
Chronicles of Narnia
This has been fun! : )!

My vote will be for Harry Potter series, I read some of the others but they didn't make it through. My vote would probably be for the Clone Wars though but I haven't read one of them yet. I plan on picking one up this week to check it out. I loved watching the series on television but I didn't know they had a book series as well. I'm also sorry to see Percy Jackson didn't make the cut, I didn't know about the contest until a little while ago.
Mikie (aka Lord Vader)

Where are all the comments? Ok, as the secretly lurking adult female librarian, I just could not make a choice for the final two. So I had to turn to my son (age 10) for the final call. His votes:
Harry Potter and Narnia.

By the way guys, I have had a lot of fun exploring your blog (and many others) as I try to find a manageable way to introduce these to my students! Thanks for the fun!

I just finished reading The Magician's Nephew which is the first book in the Narnia series. I really liked it and up until now I didn't know where the wardrobe had come from. I'm glad I got a chance to find out. I was really happy also that it had a happy ending. It's about a boy named Digory and his fried Polly. They get tricked by his crazy uncle to go into this magical other world. They have a few adventures on their own and get into trouble with a wicked witch. When they finally find Narnia they bring quite a few other visitors with them.
Mikie (aka Lord Vader)

And did you read our Great Harry Potter Controversy form a couple years ago?