Ah, yes, wonderful March is here again, that glorious time when the NCAA tournament fills our thoughts and TV schedules! Excitement abounds as teams battle, old rivalries come alive, and some unknown team dazzles the whole country. Last year we held a March Madness Tournament of Books; this year we're doing something different--an Author Shoot-Out! You can vote for your favorite author and win a prize for yourself!! How does it work? First, you can vote on the poll the left-hand side of the page. (you CAN vote for more than one) Then, if you send in a review of a book BY AN AUTHOR IN THE TOURNAMENT, your author will get a "three pointer," that is, that author will get 3 extra votes. PLUS---YOU will get a chance for a prize!! The three guys who send in the most reviews of books BY THESE AUTHORS will win prizes!!! Easy enough? You bet!

So the big question is---WHO ARE THE AUTHORS?
I'm glad you asked. We've chosen authors who are proven favotites with guys. We'll set them up in brackets, just like the NCAA tournamnet, and we'll start with a Sweet Sixteen. You vote for your favorites this week and next week we'll have an Elite Eight. Then we'll go to a Final Four and then the championship. You'll see the brackets in a bit, but let me first tell you who will be in the brackets: 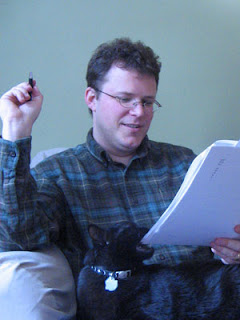 vs.
Kurtis Scaletta, first-time author of Mudville, a very terrific book.
Now, it may not seem fair to put a rookie against an established powerhouse, but that's what happens in the NCAA; a # 1 seed always goes against a # 16 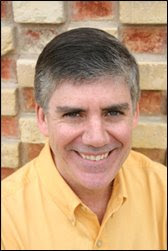 vs.
Suzanne Collins, author of the Gregor the Overlander series and The Hunger Games which Bill and other guys have liked a lot 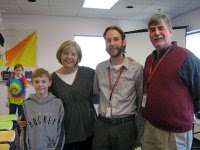 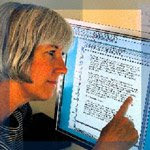 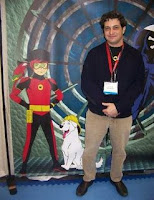 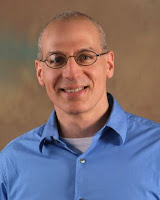 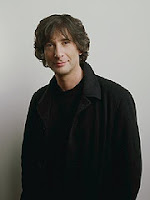 Neil Gaiman, author of the Newbery-winning The Graveyard Book
vs.
Jenny Nimmo, the Charlie Bone author

Two masters of fantasy in one bracket!

J. K Rowling vs//////////////Rick Riordan vs
Kurtis Scaletta////////////// Suzanne Collin
The rules are simple:
1.Vote on the poll for your favorites. You can vote more than once.
2. The boys who send in the most reviews of books BY THESE AUTHORS will get prizes. (plus your author will get 3 more points for each review)
What are the prizes?
First place will be an EREC REX T-SHIRT AND SIGNED COPIES OF THE FIRST TWO EREC REX BOOKS!!!
Second place will be FREE CAPT'N ELI GRAPHIC NOVEL AND A PACK OF CAPT'N ELI CARDS!!!
Third pace will be A FREE BOOK AND FREE COMICS!!!
All right! Have fun and-----LET THE AUTHOR SHOOT-OUT BEGIN!!
Carl
Posted by Iron Guy Carl at 11:30 AM

I do not feel good about my prospects...

Sorry, Kurtis, but that's how March Madness goes! Besides, you've got a review right underneath this post--might help your chances---maybe--possibly...

You may have more of a chance than you know. I tell ya J.K. not only tortured me with an overly long final Harry Potter book that was basically about arguing and camping, she also delivered in my humble opinion a very disappoining conclusion to what until that dreadful last book was a great series.I'm rooting for ya man,

A "Not to be Identified Sith"

Ooops! Well, can't have everyone. If we'd done a full 64, he might have made it.

I have to give up my honorary guyhood. Reading this made the Charlie Brown "waa WAA waa" teacher voice go off in my head. Thanks for the invite, but I don't get brackets! (Looks like fun. Perhaps next year I can organize something like this in my library...)

No, no, Ms. Yingling, Honorary guyhood is too great an honor to be revoked. I didn't explain the brackets well--nor did I draw them well enough to understand! Let me know if you do something like this next year.