Of Clones, Bravery and Storytubes

Hello all, Darth Bill coming at you from my fly Tie-Fighter way out here in space!!!!!! Check it out: 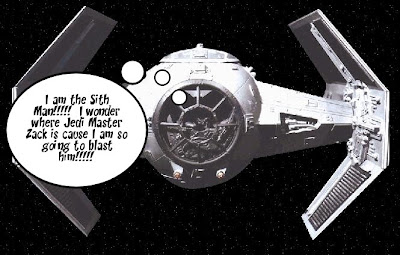 Okay I'm going to do something I don't do often. I am going to give a complement to "The Carlman" for throwing caution to the side and doing an excellent job of memorizing and videoing his rendition of "The Gettysburg Address." Yes Carlman, you rocked (man that's so hard for me to say for some reason....maybe cause he called me a chicken, hum.....). 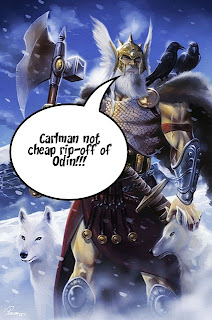 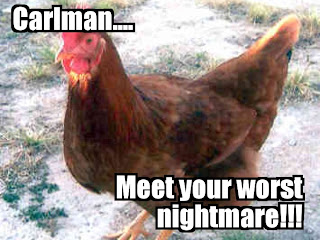 That's right Carlman, meet the doomslayer of all heroes and mythic gods....... The Red Roster of Death!!!!!!!


I have some other things to talk about so lets get it rolling. First I have to tell you about this awesome new Star Wars book that I have just finished reading. 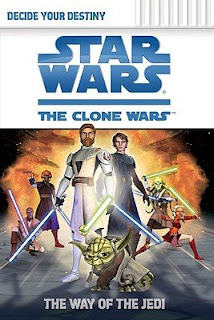 Decide Your Destiny: Star Wars, The Clone Wars: The Way of The Jedi by Jake Forbes - This is a very cool chose your adventure type of book in which you start the book as a young Jedi Knight learner at the Jedi Temple. You and a friend named Jaylen, also a young Jedi Knight learner, are summoned to see Master Yoda and from there your adventure can go in many directions depending on the choices you make. I read this book through twice with each ending being very different. In one I made a very bad decision and was captured by the Separatist and put into an arena to be feed to wild beast. In another I saved a bunch of Wookies from being sold into slavery and made a member of their tribe. This is a very cool book and I highly recommend it to both Star Wars fans and fans of chose your adventure type books. Now they need to make one for us Sith. Yea, that would be way cool!!!!! Anyway, definitely give this one a try.

Lastly I want to talk about this really cool contest that is coming up that will be nationwide (and even in parts of Canada)!!!!! It's called Storytubes and here is a little information about it:

Prizes will be awarded to both winners in the Judges’ Choice Awards and the online popular voting.

· Feature only one book in your video;

· Be familiar with the book and have a copy for your video so you can introduce it and tell the name of the book and its author;

· Enter as an individual or as part of a group of two to five people;

· Submit entries between January 8 and February 15, 2009, but you can start working on them earlier;

· Go to the Storytubes Web Site and get more information at: http://www.storytubes.info.

Man that was a ton of good information!!!!!!! Well you cats take it easy and I'll talk at you later,

Labels: Jake Forbes, StoryTubes, The Way of the Jedi, Tie-Fighter

Just found your site! Very excited to go through your blog roll, and hope to see a lot of good reviews of books for boys. I try my best, but never having been a boy puts me at a disadvantage sometimes!

The Wish Giver was a good book about Thaddeus Blinn and his strange wish cards. Stew Meat, Polly, Rowena, and Adam all by wish cards and all except Stew make wishes they regret.This a great adventure book.